Once he became an empty-nester, DRU resumed a fascination with cars from his pre-family days. Gone were the pragmatic VW Microbus (’56 and ’60) and GMC truck. and a succession of vehicles began that perhaps Kris can recite for us.

Most notable among these was his Ford 1930 Model A, which he worked to restore in the late 90’s and beyond. 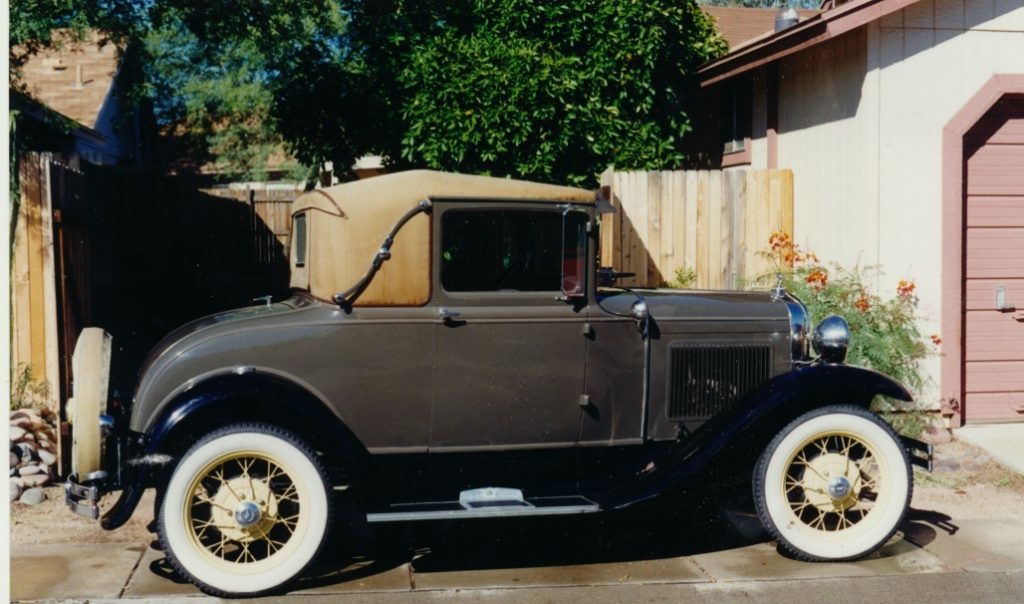