The man with the green truck didn’t talk about the truck much. It was obedient, functional, and didn’t deserve much conversation, unless it was acting up. 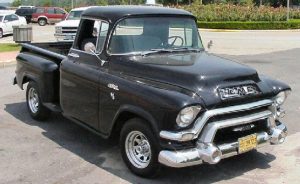 True, sometimes it wouldn’t start, but that was a problem most vehicles from the 50’s and 60’s experienced (carburetion improvements were yet to come).  The bench seat wasn’t comfortable, but not terribly uncomfortable. By the standards of my future commutes (think San Diego to Canoga Park, Leucadia to National City, Port Washington to Stamford,  Santee to Point Loma) it was ridiculously short (3 miles), even walkable. Maybe nine minutes; more when we had to pause to defrost the windows in January.

Thinking about it now,  I’m struck by how different the riding experience is from today’s:

I didn’t ride with him to school every day. Sometimes I carpooled with a friend’s Dad in his VW Beetle, or another adult (typically Mom) drive. What I took for granted at the time his readiness and steadiness. Taking my children to school or day care entailed a more of a battle: first, getting myself ready, getting them ready. Being late wasn’t a steady problem, but it happened often enough.

This model was used. It had been an appliance dealer’s delivery vehicle, and the logo was still visible through the secondary paint job. On weekends or (his) vacation days, the truck served workhorse duty carrying this or that product: lumber, or trash runs to the dump. Imagine how hot that metal liner got during the Tucson summer. You’d want gloves to touch the liner — never mind somehow sit down in the back keeping the load from flying out onto the asphalt. 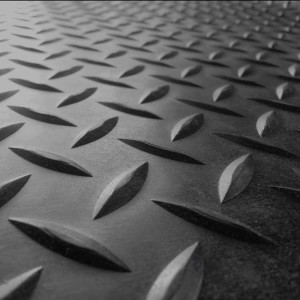 In retrospect, during that phase of his life, fifteen years into marriage with six kids and a one-employer career with a large utility, his commutes were about duty.

What could one say about duty?

We didn’t talk about breakfast, or favorite foods, pick up a latte at Starbucks, crank the stereo, plan upcoming holidays, or even discuss politics.

Or perhaps we did discuss something, but in the tunnel vision of adolescence, I listened with only half an ear.

Of course, the experience of siblings probably varies from this. Their mileage may vary.

These memories about the man with the green truck are demonstrably imperfect. Yet this caveat, four decades later, hardly dulls the desire to remember. There are only the unasked questions of an imperfect questioner. They swirl like still-unsettled ashes.