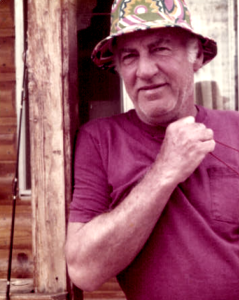 Don Underwood valued healthy skepticism almost as much as the unquestioned value of hard work. Though he was a World War 2 veteran, he was skeptical about leaders who were certain that a particular war could be well-planned — or was just. Without ever saying so exactly, he fit the profile of the unglamorous peacemakers’ temperament: slow to anger and dubious about easy answers pro or con. In response to war rhetoric he wasn’t so much pacifist but skeptical, with a Will Rodgers take on statesmanship.

Diplomats are just as essential to starting a war as soldiers are for finishing it… You take diplomacy out of war, and the thing would fall flat in a week. (W. Rogers)

He was a debater in high school, but in later years he was more likely to suggest you go think it over more than than to refute opinions outright. The big deals of the Big Dealers rarely go as planned, he reasoned, so you’d best be prepared. And that went for the war planners who, he once told me, never had to fly strafing missions so close that you could see who you were killing.

The more certain others were of the sureness of their path, the greater the need for skepticism.

That instinct for contemplation is rather a big deal.

►Factoid: 93% of young Iraqis regard the United States as their enemy, according to one survey in 2016.